Ace of Base's music is never about diversity. Their first two records mined infectious Euro-disco beats to great effect, and the first, at least, illustrated they had a knack for writing big, irresistible pop hooks. Cruel Summer, their third album, attempts to capture the carefree, stylish charm that drove "All That She Wants" and "The Sign" to the top of the charts, and while it has its moments, it fails to rival their previous pop pinnacles. It's a little disappointing that the melodic high point is the title track, a cover of Bananarama's new wave classic. Also, it's a little disappointing that Ace of Base haven't chosen to vary their Euro-disco rhythms, since the relentless thumping makes Cruel Summer sound a little too similar its predecessors -- only without as many hooks. There are almost enough solid tracks to make the album enjoyable as it plays, but there's nothing really memorable about it once it's finished. 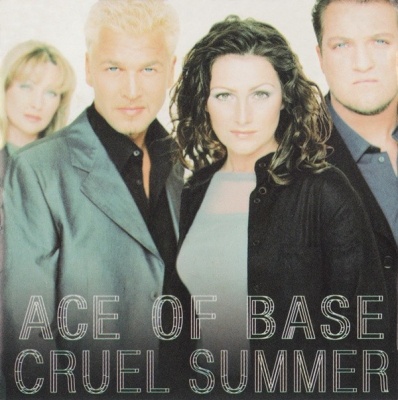 Ace of Base Discography Browser