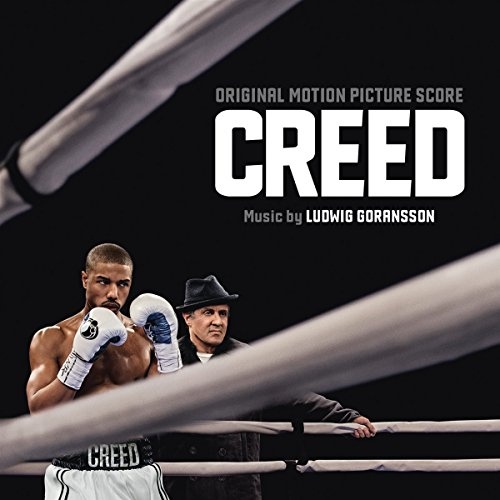 Accompanying a collection of vibrant rap and R&B tunes ranging from 2Pac and Meek Mill to Harold Melvin & the Blue Notes that was released on a separate various-artists soundtrack from the film, Ludwig Göransson's original score to the poignant boxing drama Creed offers elegant counterpart. Rousing marches, such as "Conlan (Redemption);" quiet flute and guitar passages, like in "Adonis;" sentimental strings and piano, as highlighted in "Rocky Is Sick," and electro-choral ambience, as on "Shed You [Interlude]" are all in play but never disjointed. Bill Conti's Rocky themes are cannily worked into Creed, including "Gonna Fly Now (Theme from Rocky)," an undisguised version of which opens "You're a Creed," and pieces of dialogue set the stage on some tracks. So, the drama is high, and the score plays well on its own. A Swedish composer known mostly for his TV work including U.S. sitcoms New Girl and Community, Göransson is new to the Rocky franchise but, with a big assist from well-familiar musical motifs, holds his own.