Cover Stories: Brandi Carlile Celebrates 10 Years is one of the those tribute albums that doubles as advocacy (not to mention charity -- the proceeds from this album will to War Child UK). It's not that Carlile is an unknown -- her 2007 sophomore set The Story went gold, and both 2012's Bear Creek and 2015's The Firewatcher's Daughter reached the Billboard Top 10 -- but she's not as popular as perhaps she could be, and certainly her fame is eclipsed by some of her fans, as this 14-track tribute to The Story proves. While there are some Americana peers of Carlile's here -- the Indigo Girls appeared on Carlile's version of "Cannonball" and she's produced music by the Secret Sisters -- they're overshadowed by the superstars Dolly Parton, Kris Kristofferson, Pearl Jam, and Adele. If the Parton and Kristofferson covers play like a tip of the hat from the old guard, placing Carlile within part of country tradition, Pearl Jam and Adele reveal how her songs can withstand radical rearrangements: the Seattle rockers rave up "Again Today" and the British powerhouse turns "Hiding My Heart" into a torch song. Dating from 2011, Adele's track is one of the few selections here recorded prior to this project -- another is Ruby Amanfu's "Shadow on the Wall" -- and its existence helped Carlile assemble this project, recruiting the rest of the artists and smartly balancing rough-hewn roots artists with moody alt-rockers. What's striking about the album is how well Old Crow Medicine Show's bluegrass treatment of "My Song" fits next to Jim James' psychedelic "Wasted," or how the dark murmur of Torres' "Until I Die" gets resolved by Margo Price's stark "Downpour." This reveals the strength and elasticity of Carlile's songs, and if this record helps raise awareness of her talent in addition to funds for War Child, it will be worthwhile indeed. 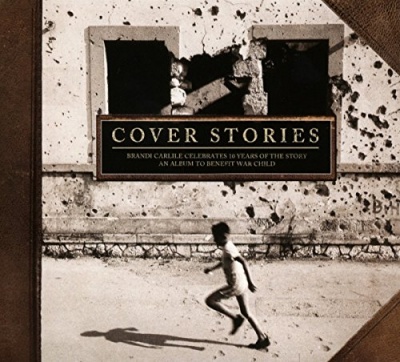