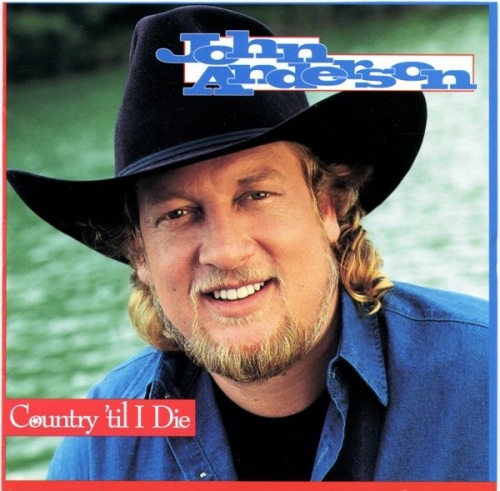 It's always a good sign when an album title tells it like it is, and John Anderson's COUNTRY 'TIL I DIE is as appropriate as it gets. A more upbeat, aggressive album than his previous BNA releases, this is THE essence of a honky tonk attitude.

Although this is said freely of many artists, none have as distinctive a voice as Anderson. He's all catch-and-cry and gulp-and-moan, the main man on the new traditionalist totem pole. The Florida-born singer also writes sturdy and robust songs. From the upbeat title track, to the heartfelt, poignant ballad "Where The Children Have Gone," John shows off many sides to his complex musical sound. Covering Bobby Braddock's penetrating "The Good," and rockin' the jukebox with a stinging version of "Keep Your Hands To Yourself," Anderson shows off his versatility as a stylist. And if that weren't enough, he includes a recharged remake of one of his (and country music's) biggest songs of all-time, "Swingin'."

Scores of albums into a roller-coaster career, John Anderson remains on solid ground with his latest effort. Even after one listen, no one can doubt him when he sings "I'm just gonna be country 'til I die."