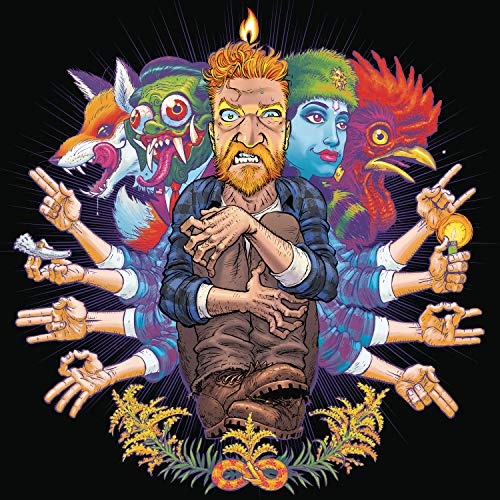 When it comes to Tyler Childers, it's tempting to read too much into album titles. Purgatory, his 2017 debut, did tend to hang suspended between the poles separating country and Americana, having its roots inflections feel spectral. Country Squire, on the other hand, is as sharp and stately as its title suggests. Working once again with producer Sturgill Simpson, Childers leans into the lean, twangy aspects of his sound without quite abandoning his cinematic ambition. Witness how the songs segue together, for instance: as the lazy shuffle "Gemini" fades to completion, the haunting roll of "House Fire" comes into focus. It's a subtle trick, yet it's one that subtly binds together Country Squire, giving it the illusion of a song cycle. A connective narrative may be elusive to find on Country Squire, but Childers is a sly storyteller, a gift that threatens to be overshadowed by the robust realization of his songs. Unlike Purgatory, there isn't a spare moment to be found on Country Squire; even its slowest, saddest songs, such as the closing plea "Matthew," feel vivid and complete. Considering how the album moves as swiftly as an EP, this richness feels like an achievement: with nine short songs, Tyler Childers has deepened and expanded the world he etched in Purgatory.