Counting Down the Days Review

Arguably the best of the plethora of soap stars turned pop stars, Natalie Imbruglia appears to have performed a rather frustrating musical U-turn for her third album. Whereas her difficult but underrated sophomore effort understandably attempted to break away from the commercial acoustic pop sound that saw "Torn" become one of the biggest singles of the '90s, Counting Down the Days actively embraces it. Whether this is a conscious decision to rekindle her former multi-platinum transatlantic success, or whether Imbruglia is just in a happier songwriting frame of mind, it's still a confusing and disappointing change in direction. For all the bittersweet melancholy and dark undertones of White Lilies Island suggested an interesting career ahead, yet only on a few occasions does Counting Down the Days veer into this territory. Instead, the majority is made up of fairly inoffensive radio-friendly pop songs such as opener "Starting Today" and the Eg White-produced "Perfectly," both of which are little more than "Torn" Mark Two. Even the presence of husband Daniel Johns, formerly of grunge outfit Silverchair, on production duties, can't save the Beatlesque "Satisfied" from lapsing into blandness. But when Imbruglia is allowed to stray from this formula, she excels. "Shiver" is a charming and obvious lead single fully worthy of its huge airplay success; the title track with its chiming bells sounds like a lost Christmas classic, and the brooding "Come on Home," with its chorus of "we can fall apart together" effortlessly manages to pull at the heartstrings. And as an artist, Imbruglia has never sounded better. The breathy Alanis imitations of her debut have now been replaced by understated but self-assured vocals that are able to convey intensity and warmth in equal measures. None more so than on the album's highlight, the Björk-influenced "Honeycomb Child." With its enchanting mix of music boxes, violins, and electronica, it sounds like it appeared from a different record entirely and is proof that Imbruglia can pull off edgier material when she wants to. Counting Down the Days will undoubtedly be a commercial success but its play-it-safe attitude undoes some of the good work done by its predecessor. A few more risks next time wouldn't go amiss. 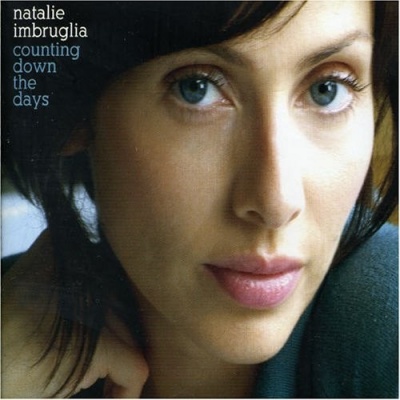 Counting Down the Days Album Information