As Dean Rudland points out in Ace's 2014 reissue of Lonnie Liston Smith's 1974 set Cosmic Funk, Smith himself views this LP as a transitional effort, capturing him between his pioneering work with Miles Davis' electric group and the exploratory Expansions. This suggests it perhaps isn't a cohesive album and, true enough, it's a record where the good ideas are sometimes suggested rather than developed. Much of the record showcases the smooth vocal stylings of Smith's brother Donald, who leads on a vocal version of John Coltrane's "Naima," lends a bit of a supper club vibe to "Beautiful Woman," croons through "Peaceful Ones," and dives into the thick, overlapping grooves of the title track. That opening song is one of the few tracks that emphasizes funk, otherwise the cosmic reigns, as the group usually getting spacy all the while never quite leaving the earth. Although the group is quite lively on a relatively straight-ahead reading of Wayne Shorter's "Footprints," the album is distinguished by the spaces that lie between funk and bop, the periods where Smith and company start to float, then pull themselves back. 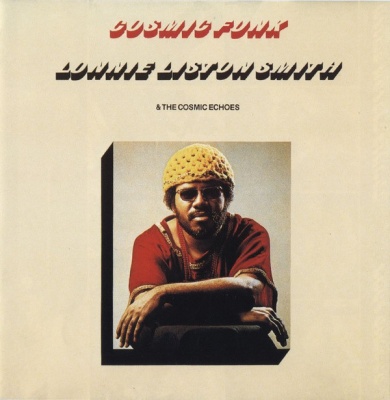