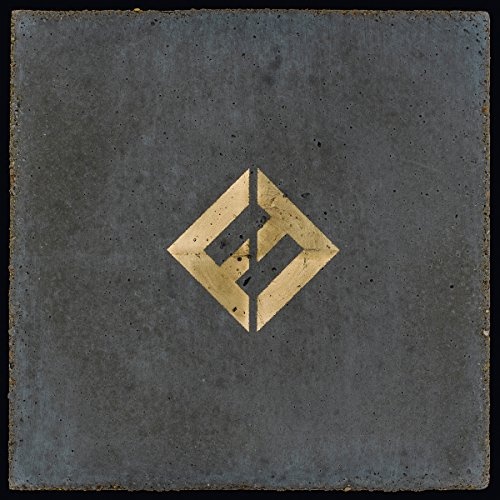 Anybody as obsessed with musical chops as Dave Grohl would inevitably drift toward prog rock, which is precisely what happens with Foo Fighters on their ninth album. Perhaps "prog" doesn't seem like an easy fit for Foo Fighters, who have melded furious noise with candied melodies since their 1995 debut, but Concrete and Gold is filled with showy accents that accentuate the acumen of all six musicians. Hooks abound, whether they're in the grinding guitars or triple-stacked vocal harmonies, but they're not molded into songs that resemble tunes. Take "Dirty Water," which begins as a piece of dreamy twilight psychedelia but winds up as a cloistered vamp goosed along by analog synths straight out of 1975. It's as if the Foos are so impatient to offer a twist they'll sabotage a straight song with a quick left turn or gleeful self-indulgence. Coming after Sonic Highways, where the group stuck to the straight and narrow, it's frankly a bit of a relief to have Foo Fighters offer an album full of detours, even if they're winding up redefining the character of the band. Plenty of familiar elements are in place -- "Run" speeds by with hardcore velocity, the tightly wound riffs on "Make It Right" function as a virtual Josh Homme tribute, "The Line" can serve as inspirational rock for long drives or workouts -- but the Foos piece them together in a way that suggests the bandmembers are bored with themselves. Add to that harmonies straight out of Abbey Road -- not just vocals but stacked guitars -- and allusions to the slow, spacy crawl of Pink Floyd, highlighted by how Concrete and Gold comes crashing into focus in a fashion similar to "In the Flesh?" and crawls to a close with an extended Dark Side of the Moon salute. In between, Foo Fighters show that they're in love with light and shade, fury and quiet, every twist and turn they can make with their instruments, and even if Concrete and Gold isn't about much more than that, it's refreshing to hear the Foos embrace Grohl's allegiance to real rock values to the logical flashing conclusion.