Brett Anderson carried on after Bernard Butler's departure, adding a teenage guitarist and restructuring the intent of Suede, if not the sound, for their third album, Coming Up. The most striking thing about Coming Up is the simplicity. Gone are the grand, sweeping gestures of both Suede and Dog Man Star, leaving behind the glam, which is now spiked with an invigorating sense of self-belief -- Anderson is out to prove that he's a survivor, and he does give a damn whether you believe he is or not. So Coming Up has none of the lush, melancholy, and paranoid overtones of Dog Man Star. It's about celebrating being young, going out, taking drugs, having sex, and living life. And it sounds just like it reads -- Richard Oakes pounds out fizzy, fuzzy guitar riffs while the rhythm section lays back with dirty, sexy grooves and new keyboardist Neil Godling exudes a sultry, unattainable cool. Even on the wistful ballads "By the Sea" and "Picnic by the Motorway," there's none of the enveloping melancholy that consumed Dog Man Star -- they're as optimistic as the buoyant, melodic rockers that comprise the rest of the album. As a statement of purpose, Coming Up is unimpeachable. Though it doesn't break any new ground for the band -- unless you count the newfound sense of optimism -- it's a remarkable consolidation and crystallization of Suede's talents and all the evidence anyone needs that Brett Anderson was always the guiding force behind the band. 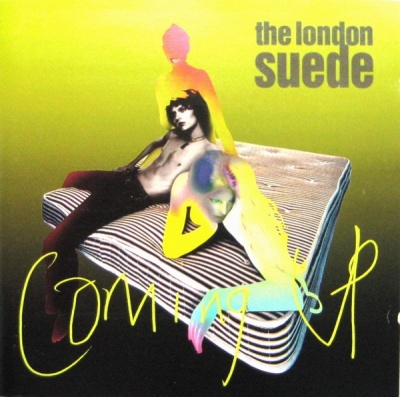