It's difficult to imagine a 1963 Columbia release from an artist whose look and sound echo 1911. In 2015, however, the thought of a young artist seemingly transported from a bygone era -- 52 years prior, to be exact -- requires no imagination whatsoever. Here's Leon Bridges. He was born in 1989. The singer, songwriter, and guitarist takes it back to the early '60s, slightly earlier than the majority of soul-rooted artists, including labelmates Raphael Saadiq, who have favored a vintage approach over a contemporary one. For those who hold younger artists to an impossible standard of authenticity, Bridges is unlikely to receive a passing grade. As a youngster, he was naturally drawn to libidinous, then-current pop-R&B acts like Usher and Ginuwine, and he didn't even have to get his hands dirty to absorb later inspiration from the likes of Sam Cooke and pre-"Grapevine" Marvin Gaye, not when all he needed was an Internet connection. Helped by White Denim's Josh Block and Austin Jenkins, Bridges touches all the retro-soul bases. Each element of his ten-song, half-hour debut evokes early- to mid-'60s R&B: the song structures, the application of reverb, the dust-coated church organ, the doo wop background vocals, the horn charts that accent rather than dominate. Bridges sings of seeking salvation and taking trains, and he offers proposals as modest as "I won't weigh you down." If he were a shouter, Bridges would likely come across as a caricature, but he works the deeply heartfelt but understated angle -- most of the songs are ballads, and only a couple work up a sweat -- without any sense of affectation. While each line is believable, "Lisa Sawyer" is all the way real, a sweet and languid biographical sketch of Bridges' mother. It's all a pleasing time warp without turbulence, one with songs built more to evoke the past than to last in one's memory. 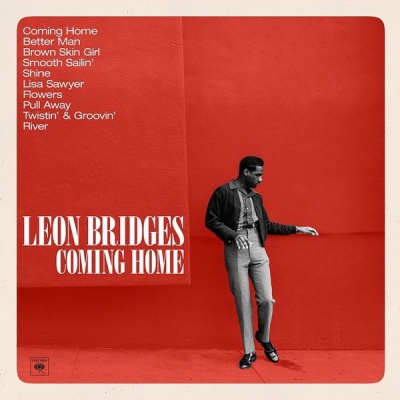