Although the Mysteries of Life released two indie label EPs in 1997, 1998's Come Clean, both in terms of the record's length and artistic depth, is the true follow-up to Keep a Secret, the band's 1996 RCA debut. While the songs on other Mysteries of Life albums are definitely a step up from the material guitarist Jake Smith wrote for his former band, Antenna, Come Clean's compositions possess an emotional resonance and level of craft that far surpass any of Smith's previous work. Lyrically, he's become much more focused, as best evidenced by the title track and the gorgeous, melancholy "A Year Ago Today." In addition, several recent lineup changes have allowed the band to jell into a tighter, more cohesive unit. While on earlier releases the Mysteries of Life could be best described as a group of well-meaning, if not always competent, amateurs when it came to playing their instruments, Smith and crew reveal on Come Clean that they have matured into genuinely sensitive musicians. On songs like "Maya and Luna" and the classic soul ballad "That's How Strong My Love Is," the careful use of space, textural layering and subtle dynamics show that the Mysteries of Life have finally moved beyond the narrow confines of indie rock and into the realm of pure music. 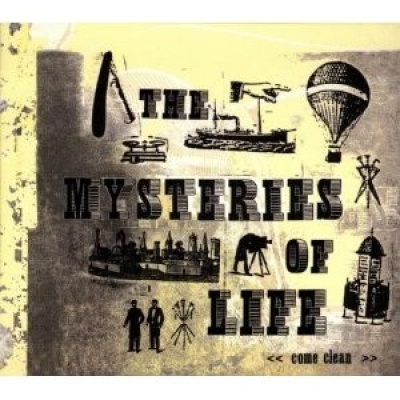