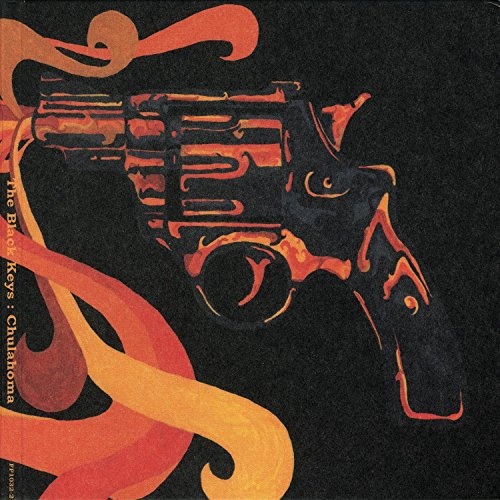 Chulahoma is a stopgap EP from the Black Keys, a collection of six covers of songs by cult bluesman Junior Kimbrough, whose "Do the Rump" they covered on their 2002 debut, Big Come Up. Considering that this is the first time the blues-rock guitar-n-drums duo has devoted an album to nothing but straight-ahead blues songs, it wound seem logical that Chulahoma would be the bluesiest recording in their catalog, but the Black Keys aren't that simple. The six songs on this 28-minute EP are hardly replications of Kimbrough's gritty originals, nor do they have the dirty, punch-to-the-gut feel of any of the duo's three proper albums. Instead, this is the weirdest set of music the band has done to date, a trippy, murky excursion into territory that floats somewhere between the primal urgency of the duo's best work and the dark, moody psychedelia of late-'60s blues-rock. Take "Have Mercy on Me" -- its winding, narcotic blues groove settles into a bed of droning organ and bongos, but the interplay between guitarist/vocalist Dan Auerbach and drummer Patrick Carney prevents it from sounding as affected as psychedelia, while infusing it with a real sense of danger. That unsettling undercurrent flows throughout this brief EP, and it makes Chulahoma an album that's ideal for pitch-black nights, where the music can worm its way into your imagination and then run wild. That alone would make it a unique, noteworthy detour for the Black Keys, but when this is compared to Kimbrough's original recordings, it becomes an instructive listen since a side-by-side listen reveals how Auerbach drew inspiration from Kimbrough's stripped-down, idiosyncratic grooves and took it into some place entirely different. And while that might mean that Chulahoma doesn't necessarily sound like a kissing cousin to Kimbrough's originals, it does make it a greater, richer tribute than most cover albums, and it certainly proves that Auerbach's testimonial in the liner notes about how Junior Kimbrough changed his life is no lie.