R. Kelly was hardly a stranger to controversy in the early 2000s. In addition to being hit with 21 counts of child pornography in Chicago and 12 more in Polk County, FL, the beleaguered singer/producer faced various sex-related civil suits. All those scandals have, at times, overshadowed his music, which is regrettable because Chocolate Factory has a lot going for it. Emphasizing romantic slow jams, and not as ambitious or risk-taking as 1998's R. -- which is arguably Kelly's best, most essential release despite its own imperfections -- Chocolate Factory, like 2000s TP-2.Com, tends to play it safe. But that doesn't mean Chocolate Factory is without merit; what it lacks in ambition, it makes up for in terms of quality and craftsmanship. Many of the influences that have served Kelly well on previous efforts continue to serve him well on this 2003 release; influences that range from the Isley Brothers, Marvin Gaye, Al Green, Michael Jackson, and Stevie Wonder to Prince, Babyface, and hip-hop. All of those influences were noticeable on Kelly's '90s albums, and they are still noticeable on Chocolate Factory. Nonetheless, Kelly has always been his own man; that is especially obvious when he features Ronald Isley on "Showdown" (not to be confused with the Isley Brothers' 1978 recording). Hearing Kelly and Isley side by side, listeners can easily see how Kelly is able to draw on Isley's influence while projecting a firm, recognizable identity of his own. One hopes that in the future, Kelly will come out with some more albums that are as challenging as R.; even so, Chocolate Factory will go down in history as a solid and pleasing, if somewhat predictable, addition to the Chicagoan's catalog. 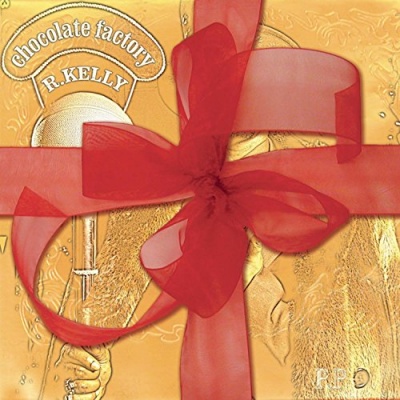