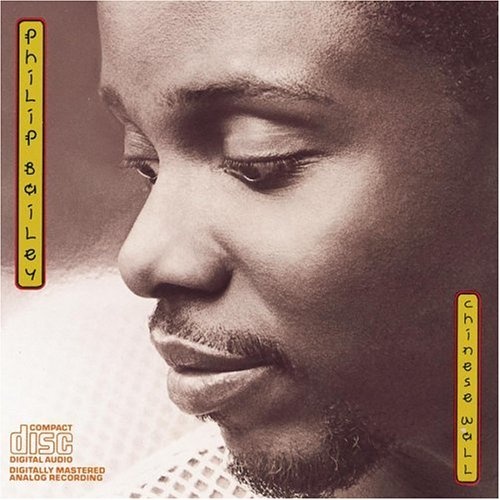 At the time Philip Bailey persuaded Phil Collins to produce his second solo album, Chinese Wall, Collins was among the hottest pop stars in the world. The advantage to that, of course, is the exposure it affords, and after the merely modest success of his debut solo album, Continuation, Bailey needed the reflected glory. On the other band, it's hard to shine yourself in such a glare, and although Bailey's name was on the gold-selling hit single "Easy Lover," a duet with Collins that helped the album take off, it's Collins' singing and drumming that one remembers. Elsewhere, tunes like "Photogenic Memory" and "Walking On The Chinese Wall" better represent Bailey's ability to handle a variety of material from ballads to techno dance tracks with his elastic falsetto. Still, Chinese Wall was a gold-selling standoff that made Bailey a solo hitmaker without really establishing him on his own.