Child Is Father to the Man Review

Child Is Father to the Man is keyboard player/singer/arranger Al Kooper's finest work, an album on which he moves the folk-blues-rock amalgamation of the Blues Project into even wider pastures, taking in classical and jazz elements (including strings and horns), all without losing the pop essence that makes the hybrid work. This is one of the great albums of the eclectic post-Sgt. Pepper era of the late '60s, a time when you could borrow styles from Greenwich Village contemporary folk to San Francisco acid rock and mix them into what seemed to have the potential to become a new American musical form. It's Kooper's bluesy songs, such as "I Love You More Than You'll Ever Know" and "I Can't Quit Her," and his singing that are the primary focus, but the album is an aural delight; listen to the way the bass guitar interacts with the horns on "My Days Are Numbered" or the charming arrangement and Steve Katz's vocal on Tim Buckley's "Morning Glory." Then Kooper sings Harry Nilsson's "Without Her" over a delicate, jazzy backing with flügelhorn/alto saxophone interplay by Randy Brecker and Fred Lipsius. This is the sound of a group of virtuosos enjoying itself in the newly open possibilities of pop music. Maybe it couldn't have lasted; anyway, it didn't. 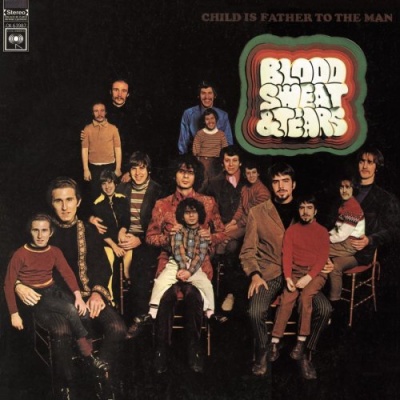 Child Is Father to the Man Album Information