Not as baroque as Rufus Wainwright, and more downtown than Matchbox Twenty, but embodying elements of both acts, Gavin DeGraw's J Records debut is a strong showcase for his soulful wail and piano playing, even if it's occasionally grayed out by bells-and-whistles production that pushes it too strongly toward beigeist AAA accessibility. DeGraw's willowy vocal on opener "Follow Through" brings to mind Jeff Buckley, even if the cut is musically vacant adult alterna-whatever, but the title track and "Just Friends" are much better. There's meaningful sway in the piano, and palpable bitterness/hurt in DeGraw's vocal on the latter. "You were just friends/At least that's what you said," he sings. "Now I know better/From his fingers in your hair." It's a nice little lyric, adding impressive emotional gravity to an easily identifiable everyday moment. The flirty "Chemical Party" crosses chunky electric guitar with easy twang and vintage R&B -- it's a stylistic match with label mates Maroon 5, who took the same cocktail to number one and beyond with 2002's Songs About Jane. While the majority of Chariot follows a similar, basically catchy path, it can be hard to locate DeGraw inside the soundalike arrangements of "Crush" or "(Nice to Meet You) Anyway." Even "I Don't Want to Be," which enjoyed placement as the theme to the WB's high-school-and-perfect-cheekbones drama One Tree Hill, only makes an impression during its rousing chorus. Still, DeGraw's piano and vocal work is strong enough to keep Chariot largely on course, and mark it as a promising, mainstream-ready debut. 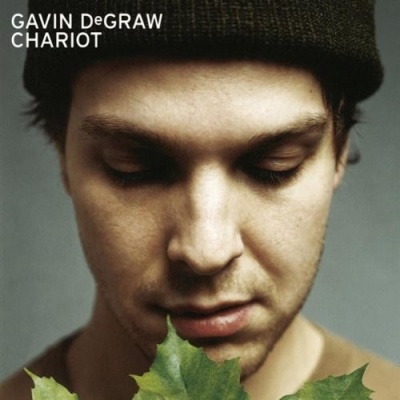