Cargo was bashed out fairly quickly, but its release was delayed because of the success of Men at Work's debut, Business as Usual. Though it was recorded on the road, Cargo is considerably more diverse -- but not necessarily more ambitious -- than its predecessor. Again, the album is anchored by two extraordinary singles. Fortunately, the soaring ballad "Overkill" and the satiric, anti-nuclear "It's a Mistake" aren't rewrites of "Who Can It Be Now?" and "Down Under," demonstrating more depth than anything on the debut. Despite this growth, the remainder of Cargo is weighed down by filler. "Doctor Heckyll and Mr. Jive" might be goofy fun and "High Wire" and "Blue for You" are tight pop songs, but the rest are simply pleasant, occasionally embarrassing ("I Like To," "Settle Down My Boy") new wave pop. 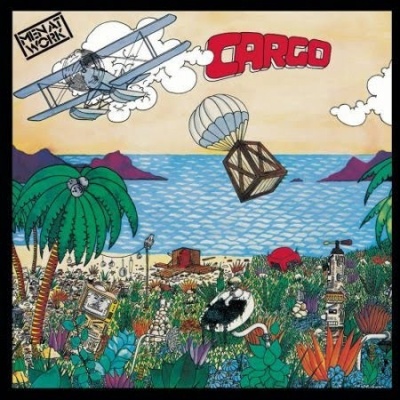 At the Office Hanging Out Partying Playful