Mina has always been a prolific artist. Caramella is her third studio album of new material in less than 18 months. Add that to the 2009 five-volume compilation Riassunti d'Amore and you end up with almost 20 releases for the first decade of the 21th century -- not bad for a singer who released her debut album in 1960 and for all intents and purposes should be well past her commercial and/or artistic prime. The thing is, for decades Mina has been inhabiting a space of her own in the perennially fledgling Italian market, thanks to her remarkably dependable discography and enigmatic personality. Caramella is perhaps less daring among her most recent releases -- which included an opera album and some flirtations with Italian alternative rock -- but perhaps because of that also the most impressive, as Mina is clearly in her territory here, that of the adult contemporary ballad, Italian style. As expected, arrangements are flawless and Mina is in fine voice throughout. A surprisingly effective duet with Seal (sung in English and written by Pam Sheyne, noted for her work with Pet Shop Boys and Christina Aguilera) and two previously released others with Lucio Dalla and Giorgia are the album's obvious standard-bearers. The rest, however, is equally consistent. Mina has a knack for championing songwriters from across the spectrum, and in Caramella she amalgamates a coherent whole from sources as diverse as Neapolitan music (Maurizio Morante), Italian alt-rock (Sigma's Paolo Benvegnù and Subsonica's Boosto and Max Cassaci), and Italian jazz (bassist Massimo Moriconi), as well as her own music (longtime collaborators such as Mauro Santoro and Axel Pani, among others). The only possible verdict: Mina remains in a class of her own on the elegant Caramella. 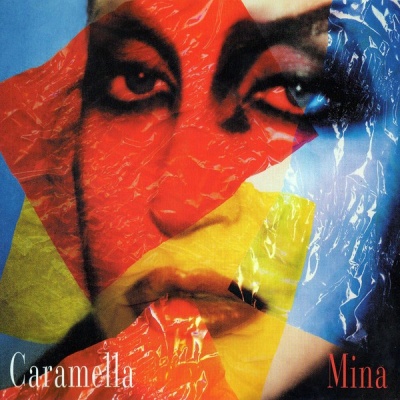