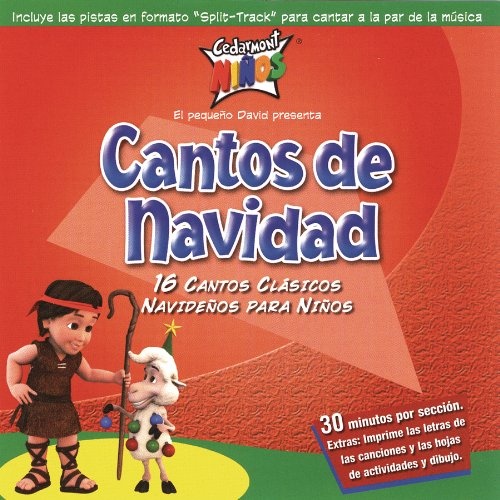 Cedarmont Ninos offers an extensive series of faith-based Spanish language songbooks and CDs featuring Biblical songs for children. None of the kiddie vocal performances on this disc are terribly exciting, but children might enjoy hearing recordings that they can not only sing along to, but which also might prompt them to shout, "Hey I could do that!" There are some originals here, but, for the English speaker, it's more fun listening to familiar melodies like "Jingle Bells" (which becomes "Hoy Es Navidad") used behind Spanish lyrics that aren't exactly literal translations. The best tracks (like "Feliz Navidad Deseamos," after "We Wish You a Merry Christmas") feature a chorus approach. Following the first 16 tracks, there are repeats of each one with music and voice coming out of separate channels so that you can sing along to a purely instrumental track if you balance your stereo a certain way. Viva los ninos!