The companion piece to Cantora, Vol. 1, Cantora, Vol. 2 features a further 18 duets with some of the major names of contemporary Argentine and Latin American music. A world music diva of the stature of Edith Piaf, Mina, or Amália Rodrigues, Mercedes Sosa has always been revered by her colleagues and considered a mandatory source of musical -- if not ideological, as well -- inspiration for all Latin American singers. Vol. 2, released in July 2009, includes collaborations with artists such as Lila Downs, Joaquín Sabina, Daniela Mercury, and a trio of Argentine rock legends, Gustavo Cerati, Charly García, and Fito Páez. While Sosa, suffering from age and illness, can no longer afford her rousing trademark style, the quiet acoustic settings, courtesy of arranger Poppi Spatocco, showcases her superb interpretive powers in a series of intimate conversations with her friends and admirers. Considering the range of guests and musical genres, including Argentine rock, bossa nova, or candombe, there is bound to be a difference of opinion as to the album's best moments. Sosa is typically more at ease with her tried-and-true repertoire of Argentine folklore and Latin American New Song -- of which she was perhaps her most iconic world-wide representative. This is not to say that Sosa's cross-over flirtings, a constant in her career, do not work: her improbable duet with reggaeton rapper René Perez from Calle 13, the socio-economic protest song "Canción Para un Niño de la Calle," turns out to be the highlight of the entire project. Mercedes Sosa died in October 2009. Cantora is a touching, dignified conclusion to a musical legacy that is as enormous as it is precious. Both Cantora volumes are also available together in a double-CD/DVD edition, with videos from the recording sessions 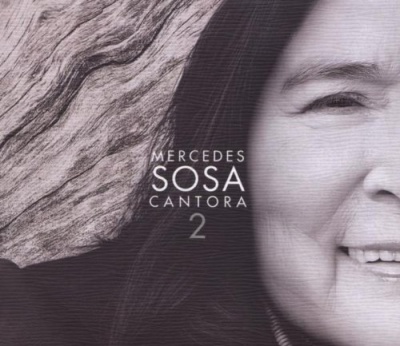