It may be hard to listen to Pink's debut album Can't Take Me Home without hearing TLC, specifically their 1999 album Fanmail. After all, L.A. Reid and Babyface were the executive producers for both albums, and they decided to use a skittering, post-jungle rhythm for the bedrock of these savvy, club-ready dance-pop productions -- a sound exploited expertly on TLC's record. If Can't Take Me Home pales next to Fanmail, it's not Pink's fault, nor is it because the album is sub-par; it's simply because it follows in the footsteps of a record that's as close to a modern classic as contemporary soul gets. Judged as its own entity, Pink's debut is quite strong, even if it isn't perfect. The production is masterminded by Babyface and LA Reid, who oversee such producers as Kevin "She'kspere" Briggs, Terence "Tramp-Baby" Abney, Daryl Simmons, and Tricky (not to be confused with the dark trip-hop genius, of course), and throughout this album, their work sparkles, from the deft layers of drum machines to the sultriness of the slow grooves. For the most part, Pink's performances match that production -- she may not be able to deliver ballads with assurance and soul just yet, but she never over-sings. She also not only has an appealing voice, but displays a fair amount of chops. So, with the production and performances in place, that leaves just the songs. While there are no bad cuts on Can't Take Me Home, there aren't any knock-out punches, either. They're all fairly well-crafted, but they're more ingratiating than immediate, and if dance-pop should be anything, it should be indelible upon at least the second listen, if not the first. Many of the songs on Can't Take Me Home need a few spins before they truly sink in, which is a bit unfortunate. Still, it's not the worst situation in the world, either, especially since a lot of the tunes actually do make an impression with repeated plays. So, Can't Take Me Home doesn't really escape many of the pitfalls of a debut, but thanks to LA Reid and Babyface's production and Pink's engaging talents, it's a promising first effort all the same. 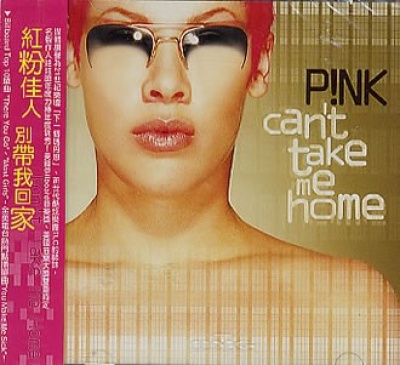