After Where's the Party's lack of recognition and poor sales, Eddie Money more than compensated for it with 1986's Can't Hold Back, an album which netted him three Top 40 hits and eventually gained platinum status. With some vocal help from Ronnie Spector and some exuberant sax work, "Take Me Home Tonight" emerged as Money's highest-charting hit, going all the way to number four as the album's lead single. Following this, "I Wanna Go Back's sincere, semi-ballad charm peaked at number 14, while "Endless Nights" went to number 21 in May of 1987. Not only does Money have a perfect balance of catchy, hook-induced music and well-written lyrics, he also sports more confidence and energy throughout Can't Hold Back's material than ever before. Although tailored for radio, the songs aren't hindered by what could have been a mediocre, humdrum rock formula. Instead, Money infuses enough of his slightly sexy vocal character into the cuts to give them the added sparkle and crispness needed to rise above his past endeavors, evident in even the non-hits like "We Should Be Sleeping," which just cracked the Top 100 but is a fine single nonetheless, and on both "I Can't Hold Back" and Stan Meissner's "One Chance." Upping the ante from 1982's No Control, Can't Hold Back exhibits the type of music Eddie Money was meant to make, and it's at par if not better than his first couple of albums. 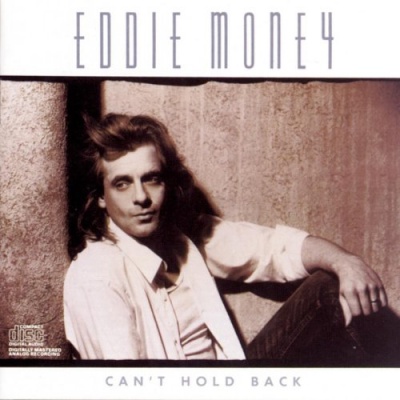