Although its original Broadway cast album made it a success d'estime in the eyes of a generation of musical theater fans, the first production of Leonard Bernstein's musical adaptation of Voltaire's Candide in 1956 was a critical and commercial failure that ran only 71 performances. More failed attempts to make it work followed until 1973, when director Harold Prince, fresh from A Little Night Music, brought in his collaborators on that show, librettist Hugh Wheeler and songwriter Stephen Sondheim, to overhaul Candide. Wheeler wrote a new book, Sondheim provided new lyrics to several of Bernstein's tunes, and Prince directed a playful, intimate production in which the performers acted all over the theater. After a brief run in Brooklyn, it moved into a drastically reconfigured Broadway house on March 10, 1974. The result was at least a critical success with a run of 740 performances, not, unfortunately, enough to turn a profit because the potential size of the audience had been reduced so much by the set. Columbia Records recorded the show in its entirety on two LPs with a running time of 105 minutes (finally reissued on two CDs by the Masterworks Broadway imprint of Sony BMG Music Entertainment in 2006). The recording brings out the highly entertaining nature of the show, although it cannot due justice to the inventive staging. By stripping the production down, the new creative team also reduced the effectiveness of Bernstein's music somewhat by failing to employ a full orchestra, and those who only hear the album may underestimate the effectiveness of the staging. (2006 reissue producer and annotator Didier C. Deutsch, for instance, mistakenly writes, "In the final analysis, it might not have been a great production, but -- as this recording proves -- it was a fun one." Actually, it was a great production.) There is no mistaking the talents of the cast, however, especially Mark Baker as Candide and Lewis J. Stadlen as Dr. Pangloss and any number of other characters. Prince and co. must be credited with rescuing a work that seemed doomed to forever being a cast album fan's favorite but never a workable show. Sondheim's lyrics (to "Life Is Happiness," "The Best of All Possible Worlds," "Auto da Fé," "This World," and "Sheep's Song") are noticeably wittier than the rest, but it's hard to take him to task for that, especially when they are in the spirit of Wheeler's clever dialogue, which is rendered here intact. Finally, the 1974 Broadway revival of Candide is more than just a rescue mission. It's a jewel of a production (and a recording) that achieves more by doing less. 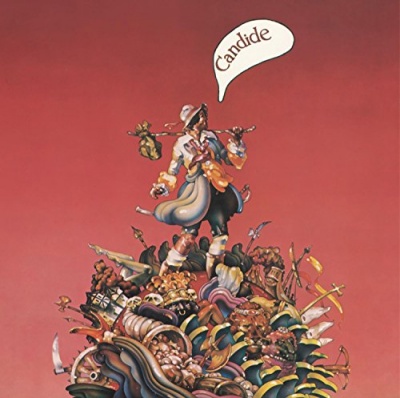