After spending a four-year period (1947-1951) recovering from partial paralysis of his hands, pianist Eddie Heywood made a comeback in the 1950s. Unlike in his earlier days, he emphasized easy listening music rather than jazz, preferring to play pretty melodies rather than to wander too far from the themes. On this out-of-print LP, Heywood performs a remake of "Canadian Sunset" in addition to 11 of his other originals. Half of the selections showcase his piano in front of an orchestra conducted by Sid Reman, while the other six numbers are played with a trio. Unfortunately, the personnel is unidentified but Heywood is the main star throughout anyway. Enjoyable and pretty music, even if nothing unexpected occurs. 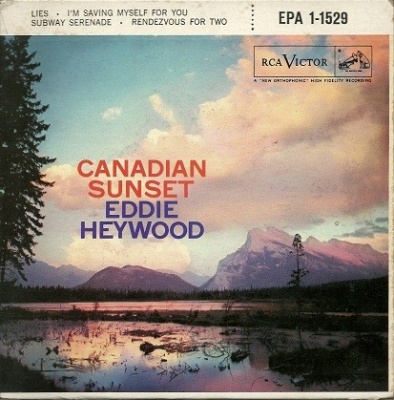