After an exploration away from the mainstream of salsa that would last nearly ten years, beginning with the release of 1984's Buscando América, Rubén Blades fans who missed the coro-shouting, compana-banging fun of his Fania years will rejoice in Caminando. Though a contemporary release, with plenty of contemporary influence, Blades' playlist on this record is much more salsa than fusion. From the rollicking, joyful title cut, to the slinky, trombone-driven Colón-esque "Prohibido Olvidar," the Rubén Blades made famous in the dancehalls is back, if but for a short time. The production on Caminando is unique to other Blades productions. The treatment of his voice has a hollow, retro quality that is curious and yet charming. The band, comprised mostly of his recent Seis del Solar cohorts, Ralph Irizarry, Robby Ameen, Oscar Hernandez, Eddy Montalvo, and others, sounds warm and classic. Perhaps it is the tonality of the record, or maybe 1991 was a great year for writing, but nearly every selection features coros and hooks that are more top-of-the-lungs shoutable than anywhere else in the artist's huge catalog. Though Blades would soon return to the Latin fusion experimentation that would characterize the rest of his career, this brief return to the music that made him famous is pure gold. 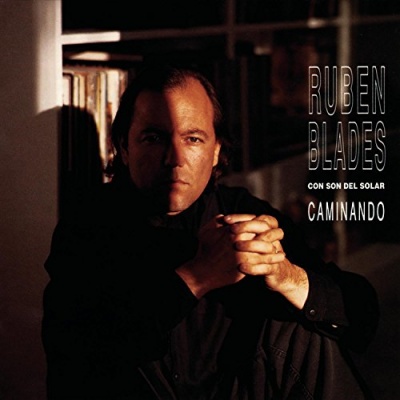