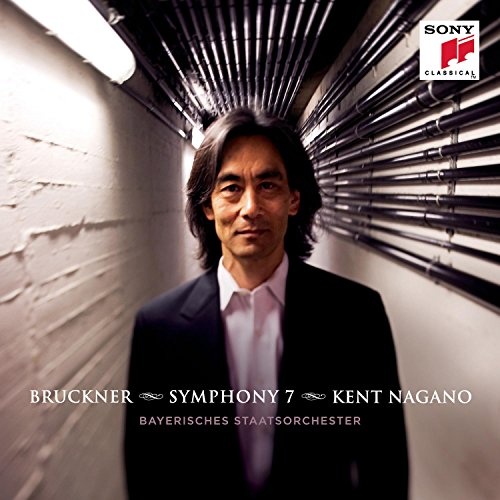 Anton Bruckner's Symphony No. 7 in E major is among the most popular of his works, and there is no dearth of recordings of this masterpiece, with reissues and new releases appearing every few months. Kent Nagano and the Bavarian State Orchestra have approached it with an apparent lightness of feeling and textural transparency that are essential to the bright sound of the outer movements, and they deliver the music with accuracy and appealing expression. Yet there is more to the Seventh than just gentle moods and buoyant lyricism, and its darker sides haven't been fully tapped, perhaps in the interests of keeping this live recording homogenized and accessible to a wide audience. Certainly, the weighty and funereal Adagio should be played with intense tragedy and thickness of tone to add to the emotional burden; its sweeter episodes should be treated as fragile respites from the grief and gravitas that need to dominate. But Nagano doesn't fully realize the despair at the core of this movement. Similarly, the scherzo needs to be played with demonic fury and coarseness to be truly effective, but Nagano's doesn't achieve that level of energy, choosing instead to soften the movement's impact. On the whole, this recording is passible for its technical accuracy and clean parts, and is suitable for studying with a score. But because there are many great recordings by seasoned Brucknerian conductors who raise the music to magnificent heights, there's no need to settle for Nagano's pleasant but far too safe reading.