This is the first major release of Galician (the strongly Celtic area of northern Spain) gaita by Galician bagpipes player Carlos Nunez. This is a stunning effort showing the strong influences of traditional Celtic music, Spanish flamenco, and Latin American rhythms. Nunez has become closely associated with the Chieftains since he first performed with them in 1989 and has since become the seventh member of the group, continually performing with them throughout the world.

On this disc he uses a wide assortment of players in every type of configuration the imagination can conceive of: Paddy Moloney, with and without the rest of the Chieftains, Ry Cooder, Luz Casal, and his own band, Diego Bouzon (Spanish guitar), Pancho Alvarez (bouzouki, mandolin, acoustic guitar), Fernando Fraga (accordion, piano, keyboards), Marcos Vasquez (bodhran, drum, tympani, percussion), Enrique Iglesias (violin), and Carlos Nunez himself (gaita, recorder, whistle, ocarina, Jews harp). The playing is stellar, also showing the guiding influence of Paddy Moloney's careful production. The music unfolds like a carefully orchestrated whole, starting with the beautiful opening of "Dawn," going through all the changes and blending of his myriad influences, and ending with the upbeat and driving rhythms of "Para Vigo Me Voy." 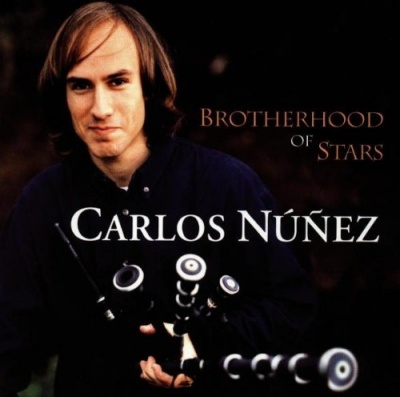