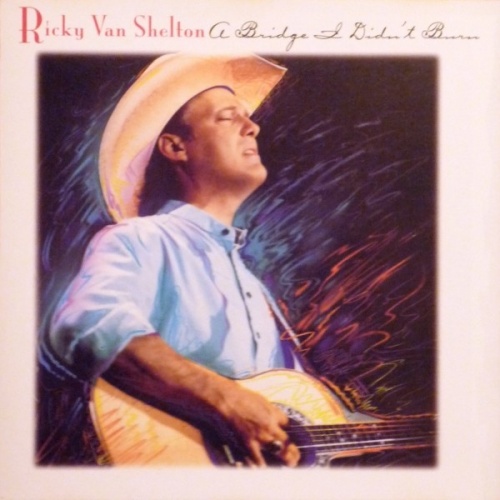 In 1992 singer Ricky Van Shelton earned a couple of awards and a lot of attention with the hit duet, "Rockin' Years," that he did with one of the queens of country music, Dolly Parton. By that point in his career Shelton was used to both the awards and the spotlight. He had come a long way in less than a decade, going from playing at Nashville clubs as a fill in to watching many of his songs climb the charts to earning a spot as a member of the renowned Grand Ole Opry. He had reached his dream, won his battle with alcoholism, found himself still in one piece, and was nowhere near ready to toss in the towel. A year after his hit duet with Parton, Shelton completed the album Bridge I Didn't Burn -- a fitting title after his victories. The album went gold with the help of outstanding songs like "If They Turn off Our Lights," "Still Got a Couple of Good Years Left," "I Know the Way by Broken Heart," and "Roses After the Rain." This is a really impressive album by a talented artist.