On the verge of succumbing completely to workingman's boredom on their 2009’s sophomore set Leave This Town, DAUGHTRY snap back to life with 2011’s Break the Spell. Working once again with producer Howard Benson, a collaborator since the early days when it wasn’t clear whether Chris Daughtry’s charms would translate outside of American Idol, DAUGHTRY add color back into their desaturated post-grunge, embracing their lineage as radio-ready rockers. Often, Break the Spell harks back to the glory days of the late ‘80s, when rockers played golden gods all for the sake of video cameras, secure in the knowledge that heavy rotation on MTV and AOR radio would shift millions of CDs. So it is with Break the Spell: there’s a candied confidence to DAUGHTRY’s swagger, they’re unconcerned with sobriety, they’re happy to have their riffs over-muscled, happy to have every speckle of their production sparkle. It’s still loud music -- both by design and brickwalled mastering -- but Daughtry has softened his defining trait as a rocker: he’s dampened his dourness, choosing to dabble in levity at least as far as surface sonics are concerned. It’s hard to imagine the Daughtry of 2006 acquiescing to the disco-rock on the syncopated stomp “Outta My Head” but here it’s part of a record colored by shellacked harmonies -- arriving via vocals and six-strings -- ambient echoes, and acoustics, all working in service of melody, not brawn. It’s as if DAUGHTRY believe they’ve earned their rock & roll stripes so they no longer need to prove that they’re for real -- they can just ease into the role of sugary arena rockers that they’ve always been destined to be. 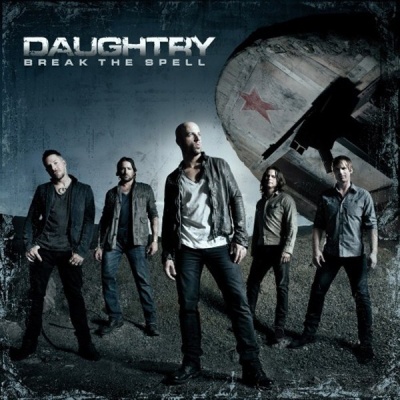