At 24 years of age, tenor saxophonist Greene has other recordings for Chiaroscuro, or with trumpeter Darren Barrett ("Live @ Birdland-Cookin' in Midtown") but this CD is his major label debut. It shows that Greene has an interesting sound on his instrument: not at all the robust, full, deep-throated Rollins/Coltrane/Brecker style, but more of a thin, alto-like inflection. He's certainly steeped in the bop of Charlie Parker and the democratic notions of Art Blakey, for the music has a cooperative, team-oriented aesthetic. Barrett and trombonist Steven Davis are alongside Greene on the frontline, with pianist Aaron Goldberg, drummer Eric McPherson, and percussionist Kahlil Bell in the rhythm section. The bulk of the material, six of nine tracks, are post-boppish originals. "Mr. McLean" obviates a Jackie McLean influence, stating a tart-sweet line, with Goldberg's piano taking over on a traded-out head, a body loaded with stop-start passages, and much dynamism between volume levels. Greene's solo reflects tinges of this influence, but nothing concrete saves Greene's personalized on-the-spot thinking. The more Jazz Messenger-ish feel during "Brand New World" (For Victoria) has the group in a full-tilt, mainstream swing, with fine solos from all and a palpable sense of urgency. A wonderfully conceived version of "Darn That Dream," led by the trumpet with unpredictably quirky, staggered Afro-Cuban fed and modified melody lines, is nothing short of a showstopper. "Godsend" is quite similar to Cedar Walton's "Twilight Waltz" with quick, facile tenor, again, more like an alto. The sweet ballad standard "Never Let Me Go," with only Greene and the piano-bass-drums trio, proves this leader is quite capable of standing on his own. This format is also used on Chick Corea's ultra bright, hard-swinging "Humpty Dumpty," a straight up and down version of this complex melody played to golden-brown perfection. Two selections feature Goldberg on the Fender Rhodes-assimilated synth keyboard: the tick-tock groove tune "Dream Little Boy, Dream" is horn-fired and sugar-cured; it brings back the best of the CTI sound; a more involved and complex "Arise!" uses a basis of seven beats per bar with all horns chiming in, but goes to a 4/4 swing section for solos, and showcases Greene's more outré side. He also plays a little soprano sax, leading the melody of "Renee" with brass chiming in over an airy yet intricate motion of rhythm and hues. For an initial thrust, this is impressive no matter the criteria. It can appeal on many levels of authentic jazz expressions to a wide variety of listeners, and is easily recommended. 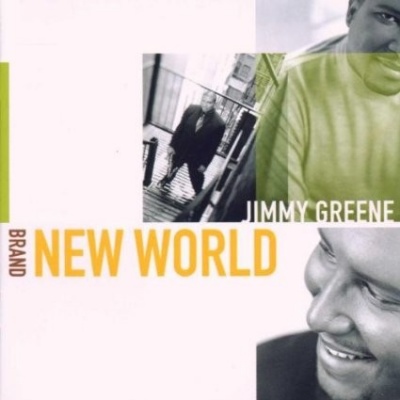