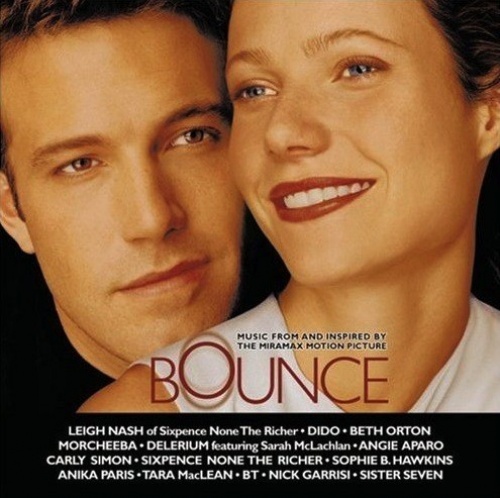 This "music from and inspired by" soundtrack, the annotations for which do not bother to reveal which tracks are actually heard in the motion picture and which are only (supposedly) inspired by it, functions primarily as a label sampler for Arista's distaff roster, presenting recent recordings by labelmates Beth Orton, Dido, Delerium featuring Sarah McLachlan, Angie Aparo, Carly Simon, and Sister Seven. The ruling style is sleekly produced folk-rock, with lots of earnestly strummed acoustic guitars, sometimes undergirded with those increasingly dated-sounding trip-hop beats, and plenty of neurotic lyrics sung in throaty female voices. The album leads off with a typical Diane Warren ballad, "Need to Be Next to You," sung by Leigh Nash, who demonstrates that Warren's overly emotional writing style is not appropriate for all singers. Nash's vocal quality suggests a gamine, not the needy lover who seems to be the narrator of all Warren songs, and she can't really put the song's message across with the force it requires. Incidentally, this is her solo debut, but anyone suspecting a break with her band may be put off the scent by her billing as "Leigh Nash of Sixpence None the Richer" and by the inclusion of a remixed version of Sixpence None the Richer's "Love" later on the disc.