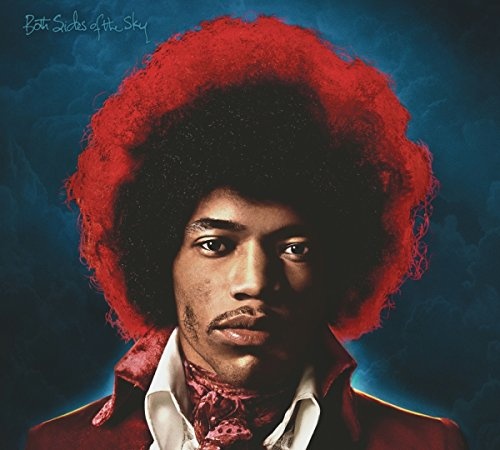 Both Sides of the Sky is another collection of high-quality studio recordings, dating from 1968-1970. It might surprise some that, 45-plus years after his death, there's still good material that hasn't been previously released, but Hendrix was recording nearly all the time at this point, whether they were demos done in his apartment, late-night jamming with friends, working on new material, or finishing/reworking older tracks. The Record Plant recordings have been heavily bootlegged, but the truly surprising thing about this collection is the amount of material even hardcore Hendrix collectors may not have heard yet.

For this version of "Mannish Boy," Jimi grafts the Muddy Waters classic lyrics to an "Izabella"-style riff. "Lover Man" has been floating around in various incarnations, but this one from late 1969 sounds like a new take. "Hear My Train A Comin'" is a hot, live-in-the-studio version and one of the final recordings of the original Jimi Hendrix Experience. "Stepping Stone" was briefly released as a single before being withdrawn, but this one has additional elements that haven't been heard before. "$20 Fine" is one of a couple tracks that come courtesy of Stephen Stills, who sings and plays some nice organ. The other Stills track is a cover of Joni Mitchell's "Woodstock" (with Jimi on bass), recorded well before the Crosby, Stills, Nash & Young version. "Power of Soul" is a track that Hendrix probably cut at least dozens of guitar tracks for. Parts of this one sound familiar, while some parts definitely do not. This "Jungle" is different from a widely bootlegged track with the same title. This is a new track very similar to "Villanova Junction Blues." "Things I Used to Do" with Johnny Winter is another one that's been floating in bootleg circles for years, but it's a great track and nice to have it properly mixed and released.

"Georgia Blues" is another one that hasn't been circulated. It's a standard blues with old friend Lonnie Youngblood on vocals and sax and some nice organ from John Winfield. There's a nice, unheard instrumental version of "Angel" (titled "Sweet Angel" here) with Jimi on guitar, bass, and vibraphone! "Send My Love to Linda" and "Cherokee Mist" are also well known to collectors. However, this version of "Send My Love to Linda" cobbles together three different unfinished takes (one solo and two with an added rhythm section) that don't really fit together. It's interesting showing how Jimi's ideas progressed, but the edits are pretty noticeable and don't make for great listening. The real gem of this set is "Cherokee Mist," though. It's a completely finished (probably) studio recording with Jimi on Coral Sitar and feedback guitar with Mitch on drums. Written in honor of Hendrix's Cherokee heritage, it's a beautiful instrumental and a feedback tour de force. While a bit uneven in spots, Both Sides of the Sky is well worth it for an avid Hendrix fan.