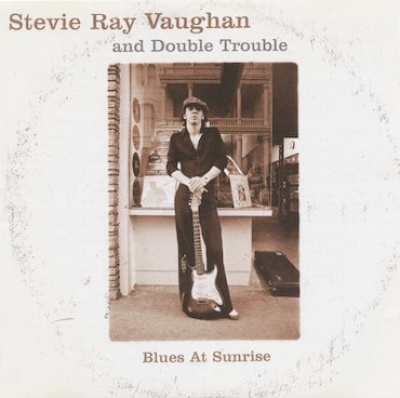 The concept behind Blues at Sunrise is a good one: collect ten of SRV's best slow blues numbers, primarily from the official studio albums but also a couple of unreleased cuts and rarities, and sequence them as if they were a lost studio album. It's a neat idea, especially when it's packaged in artwork that deliberately evokes memories of classic blues albums from the '60s (there's even a fake, faded record ring on the front and back covers), and it's hard to fault the music here. All the obvious selections are here -- "Ain't Gone 'N' Give Up on Love," "The Things (That) I Used to Do," "Leave My Girl Alone." And the rarities are all worthwhile, including a live "Texas Flood" from the Live at the El Macambo video, a live duet with Johnny Copeland on "Tin Pan Alley" from 1985, an unreleased take of "The Sky Is Crying" from Couldn't Stand the Weather, and a duet with Albert King on "Blues at Sunrise" (also available on the Fantasy disc In Session). Still, some fans may complain, since this is the first posthumous release that feels as if it's trying to trick the hardcore into purchasing music they already have. That's a legitimate complaint, because there are only two songs that the hardcore won't have, and they very well may not want to sink down dollars for something that's just a reconfiguration of familiar tunes. But, as reconfigurations and repackagings go, Blues at Sunrise is strong and entertaining, working quite well as a mood piece. It may not be revelatory, but if you strip away your qualms and quibbles, it's enjoyable.