The Blue Smoke comes rolling across the Smoky Mountains, the area of Tennessee that Dolly Parton calls home. She named her 42nd studio album after that smoke -- she also used it for the name of her 2014 tour of Australia and New Zealand, where this 2014 album first appeared (it saw stateside release later in the summer) -- and while it's not autobiographical, it certainly adds up to a tidy portrait of Parton in 2014. Unlike some of her new millennial albums, Blue Smoke doesn't specialize in one specific sound -- it is neither a bluegrass nor pop record but rather splits the difference, touching upon each sound, along with threading in other signatures like superstar duets with old friends (Kenny Rogers and Willie Nelson both show up, singing songs that appear on their own 2013 albums) and splashy, silly covers of recent pop hits (this time, it's a version of Bon Jovi's "Lay Your Hands on Me"). Compared to 2011's Better Day, the album this follows, this is heavier on covers -- in addition to the Bon Jovi hit and Rogers' commissioned nostalgia, there's the traditional "Banks of the Ohio" and a bluegrass take on Bob Dylan's "Don't Think Twice" -- but Blue Smoke is anchored on Parton's originals, which run the gamut from the steady-rolling old-timey title track through the super-slick pop "Home" to "Lover du Jour," a clever spin on Guy Clark's "Texas Cooking." Perhaps there are no permanent additions to her canon here, but the remarkable thing is how satisfying an album this is: it sounds good and the songs are sturdy, proof that Parton is far from resting on her laurels. 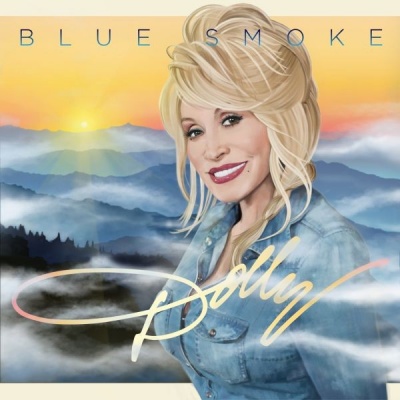