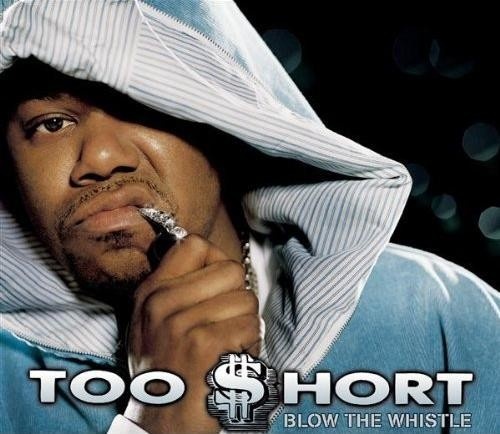 His detractors often slam him for it, but your average Too Short fan doesn't want the limited rapper to change in the least, just maybe up his game a little from last time and get a little sleazier if that's at all possible. They'll love Blow the Whistle, since Short is pimping the party cuts and misogynist rollers as boldly as he ever has. It's just that this time executive producer Lil Jon has given a hyper foundation from which Short can spit his vulgar raps. Lil Jon himself is responsible for the title cut, a triumphant anthem and single that works rainsticks and basketball references into its exciting mix. Topping it is "Keep Bouncin'," a street banger of epic proportions with guest will.i.am sounding down and dirty while Snoop Dogg comes off colder and more vicious than usual. Producer Jazze Pha offers a handful of smooth and sticky funk tracks that temper the album's up-to-the-minute crunk and hyphy moments by recalling Short's earlier, more ghetto-minded albums. Whether or not the gloriously trashy "Nothing Feels Better" is the greatest Pha and Short track to date is up for debate, but it sure would make Marvin Sease, Redd Foxx, and even Caligula blush. Everyone on the healthy guest list sounds like they really want to be at this party, and Short himself has lost none of his touch, swagger, or edge. Doubtful he'll gain a new army of fans with what ends up his best album in years, but the greatest issue of Hustler ever probably suffered the same fate. This is for the hardcore pimps and hardcore players, who won't be disappointed in the least.