The one-eighty Questlove promised back in 2012, when the drummer and producer persuaded D'Angelo to perform for the first time in a dozen years, turns out to be closer to a ten. As those who caught later gigs and subsequent uploads could attest, there were no signs that D'Angelo -- enigmatic maker of two classics that twisted gospel, soul, funk, and hip-hop with aloof but deep-feeling swagger -- was developing his third studio album with production pointers from David Guetta or elocution lessons from Glee's vocal director. Instead, he's made another album that invites comparisons to the purposefully sloppy funk of Sly & the Family Stone's There's a Riot Goin' On. It's more outward-looking, refined, and bristly than what preceded it, however, and has much in common with releases from retro-progressive peers like Van Hunt and Bilal. D'Angelo retains the rhythmic core that helped him create Voodoo, namely Questlove, bassist Pino Palladino, and trumpeter Roy Hargrove, and adds many players to the mix, including guitarist Jesse Johnson and drummers James Gadson and Chris Dave. Q-Tip contributed to the writing of two songs, but a greater impact is made by Kendra Foster, who co-wrote the same pair, as well as six additional numbers, and can often be heard in the background. The societal ruminations within the fiery judder of "1000 Deaths," the dreamy churn of "The Charade," and the falsetto blues of "Till It's Done," fueled as much by current planetary ills and race relations as the same ones that prompted the works of D'Angelo's heroes, strike the deepest. Among the material that concerns spirituality, devotion, lost love, and lust, D'Angelo and company swing, float, and jab to nonstop grimace-inducing effect. On the surface, "Sugah Daddy" seems like an unassuming exercise in fusing black music innovations that span decades, and then, through close listening, the content of D'Angelo's impish gibberish becomes clear. At the other end, there's "Another Life," a wailing, tugging ballad for the ages that sounds like a lost Chicago-Philly hybrid, sitar and all, with a mix that emphasizes the drums. Black Messiah clashes with mainstream R&B trends as much as Voodoo did in 2000. Unsurprisingly, the artist's label picked this album's tamest, most traditional segment -- the acoustic ballad "Really Love" -- as the first song serviced to commercial radio. It's the one closest to "Untitled (How Does It Feel)," the Voodoo cut that, due to its revealing video, made D'Angelo feel as if his image was getting across more than his music. In the following song, the strutting "Back to the Future (Part I)," D'Angelo gets wistful about a lost love and directly references that chapter: "So if you're wondering about the shape I'm in/I hope it ain't my abdomen that you're referring to." The mere existence of his third album evinces that, creatively, he's doing all right. That the album reaffirms the weakest-link status of his singular debut is something else. 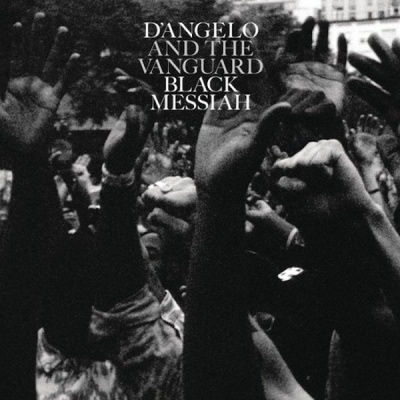 D'Angelo and the Vanguard Discography Browser