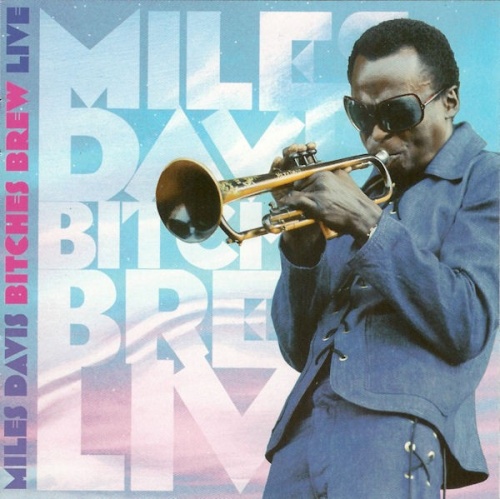 Before looking into the musical quality on Bitches Brew Live, it's important to note for cost-conscious consumers that none of this material appeared on the Bitches Brew: 40th Anniversary Collector's Edition or the 40th Anniversary Deluxe Edition. The material contained here is compiled from two concert performances. The first three tracks were taken from the Newport Jazz Festival in July of 1969, preceding the release of the album by nine months. The last six were recorded at 1970 Isle of Wight Festival, four months after the album hit store shelves. The three cuts from Newport -- "Miles Runs the Voodoo Down," "Sanctuary," and "It's About That Time/The Theme" -- are previously unreleased. (In fact, "Miles Runs the Voodoo Down" is the first professionally recorded version of the song, and this disc provides the first-known recording of the radically rearranged -- and electrified -- "Sanctuary.") The band on these tracks includes Davis, Chick Corea, Dave Holland, and Jack DeJohnette. Miles is firing on all cylinders on these tunes. Despite electricity and the beginning of the vamp style he would perfect later, his trademark lyricism as a soloist is ever present. Corea's pianism walks a beautiful line between physical comping and atmospheric harmonic counter statements on "Miles Runs the Voodoo Down." The final six cuts did appear on the massive box set Complete Columbia Albums, but have not been widely circulated. The group for the Isle of Wight gig featured an expanded lineup that included saxophonist Gary Bartz, Keith Jarrett on organ, and percussionist Airto Moreira, in addition to the players mentioned above. The fascinating thing about the 1970 band was its intensity and ambition. The versions of "Directions" and "Bitches Brew" are slightly more abstract; edgier, darker, more ambiguous. The reading of "Spanish Key" is downright funky thanks to the rhythm section. It also provides a fine showcase for Bartz's alto soloing, which is soulfully modal even when it makes conscious nods to Coltrane. One would think that because Davis was playing in front of different audiences, these two performances would contrast, or even clash. Not so; the music here feels continuous, of a piece. For Davis fans, Bitches Brew Live is essential: it's inspired, full of surprise twists and turns, and showcases the artist at a high point of both creativity and energy.