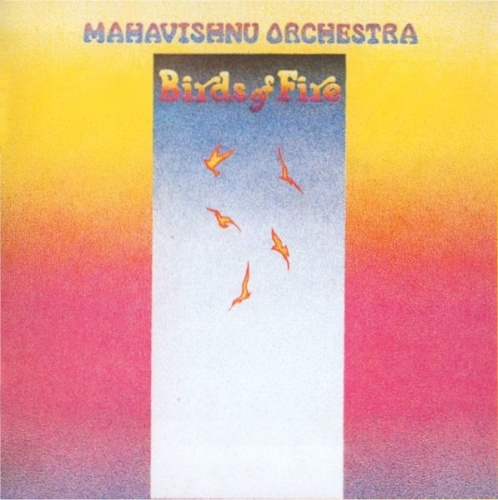 Emboldened by the popularity of Inner Mounting Flame among rock audiences, the first Mahavishnu Orchestra set out to further define and refine its blistering jazz-rock direction in its second -- and, no thanks to internal feuding, last -- studio album. Although it has much of the screaming rock energy and sometimes exaggerated competitive frenzy of its predecessor, Birds of Fire is audibly more varied in texture, even more tightly organized, and thankfully more musical in content. A remarkable example of precisely choreographed, high-speed solo trading -- with John McLaughlin, Jerry Goodman, and Jan Hammer all of one mind, supported by Billy Cobham's machine-gun drumming and Rick Laird's dancing bass -- can be heard on the aptly named "One Word," and the title track is a defining moment of the group's nearly atonal fury. The band also takes time out for a brief bit of spaced-out electronic burbling and static called "Sapphire Bullets of Pure Love." Yet the most enticing pieces of music on the record are the gorgeous, almost pastoral opening and closing sections to "Open Country Joy," a relaxed, jocular bit of communal jamming that they ought to have pursued further. This album actually became a major crossover hit, rising to number 15 on the pop album charts, and it remains the key item in the first Mahavishnu Orchestra's slim discography.