Bird on a Wire Review

Tim Hardin was mostly known as a singer/songwriter, and a most prolific one at that, based on the number of originals he generated on his albums during the second half of the 1960s. Bird on a Wire was, thus, something of a surprise, turning up as it did with only six originals on it. Perhaps Hardin was in a bad way creatively -- given what fans know now, it's difficult to picture a time in his life after 1966 when he wasn't, at some level -- but as compensation, he did beautifully soulful renditions of the title track (a Leonard Cohen song), Hoagy Carmichael's "Georgia on My Mind," John Lee Hooker's "Hoboin'," and more. Ironically, Cohen was supposed to be Columbia Records' resident singing literary figure, but in "Andre Johray" and "Moonshiner," Hardin merged serious personal poetry and his compositional and interpretive skills in a startlingly intimate and affecting manner. The singing is exquisite, poignant, and powerful and the production is as tasteful and eloquent as any in Hardin's output. This might not be the place to start listening to Tim Hardin (though there are worse places for that as well) in terms of finding out what he was about, but it's also as essential as anything in his output and a lot closer to the core of who he was than, say, Tim Hardin 4. This was also Hardin's last American studio recording and one of the last records that he made before the physical consequences of his drug problem became obvious. 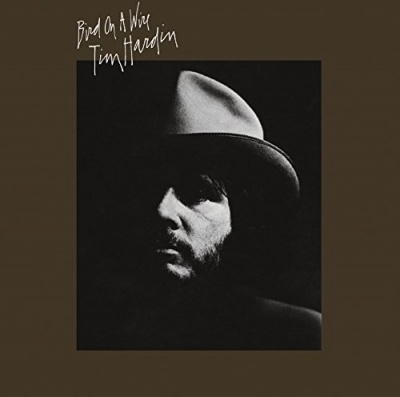 Bird on a Wire Album Information