Historically, Biograph is significant not for what it did for Dylan's career, but for establishing the box set, complete with hits and rarities, as a viable part of rock history. Following Biograph, multi-disc box sets for veteran rockers became accepted and almost the norm, but that doesn't discount this set's strengths as a summary of Dylan's career, using the familiar and the rare to draw a fully rounded portrait of his strengths as a songwriter, musician, and record-maker in a way that conventional choices alone couldn't achieve. Certainly, the chief attraction of this set, even years after its initial release, is its smattering of rarities that aren't just rare, but revealing -- ranging from forgotten rock B-sides and singles to demos, alternate takes, and unreleased songs that rival official releases. But Biograph is really remarkable for weaving these songs into a fabric that reveals the true trajectory of Dylan's career, offering as much to the curious as it does to the dedicated. That sets a standard for box sets that has rarely been matched, making Biograph all the more impressive in retrospect. [In 1997, Columbia Records issued an upgraded, reconfigured version of Biograph, with a new catalog number (65298), a lower list price, and with its packaging and booklet reduced from an LP-size box to a CD-size slipcase. The original 1985 set in the large-size box, which marked the first time that the label had gone back to original first-generation tapes on a Dylan CD, was pretty impressive; but the 1997 CD-size box version, remastered in Sony's Super Bit Mapping process, is a significant improvement over that, and is to be preferred.] 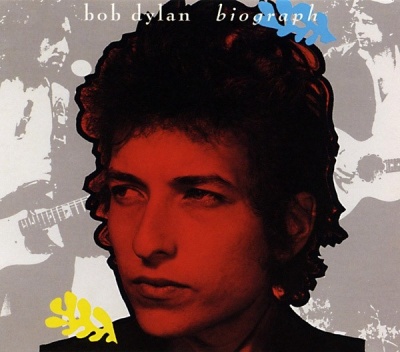