Appealing and gripping, this record has a sense of passion and romance etched into its surface. Underneath are elements that make up the roots of the overwhelmingly popular Latin music scene that has swept the States. Containing such artists as Christina Aguilera and Los Tri-O, this dreamy and mind-sweeping music lifts those active listeners off their toes and engages them into the middle of this hip scene. The 13 songs featured here were nominated for the 2001 Billboard Latin music awards. Highlights include the soft and sullen "Se Va el Amor," the rockable "Lo Hare Por Ti," and Gisselle's heartfelt plea, "Jurame." Billboard 2001 sincerely displays this fresh new crop of highly talented artists and their musical abilities. The future of Latin pop, rock, and salsa looks bright, as this record sets the tone and precedent for future masterworks. Full of cheer and enthusiasm at times, and romance and dreaminess at others, this is a surefire winner for a listening get-together or celebration. 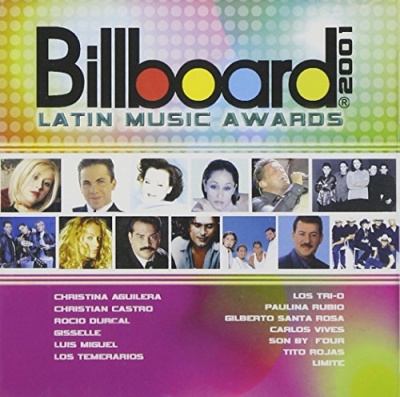