Despite John Legend's superabundant evidence of talent and achievements as a singer, songwriter, and pianist, his profile seemed like that of a celebrity peddling music on the side by the time he issued his first album of the 2020s. Relating to that notion, Bigger Love sounds cobbled together compared to Love in the Future and Darkness and Light, two of his most recent and inspired albums, with opportunistic and unconvincing stylistic curveballs, no two tracks sharing the same production credits, and few clear standouts. Legend at least keeps it loosely tied together with nonstop positive and emphatic lovey-dovey/libidinal energy, and is no doubt helped by input from executive producer and labelmate Raphael Saadiq, who contributed to Once Again and produced A Legendary Christmas. Saadiq also co-pilots with Charlie Puth the smooth disco proposition "I Do," the ideal set-up for "One Life," a brawnier '70s dancefloor trip guided by Anderson .Paak and Jeff Gitelman. "Conversations in the Dark" is one of Legend's best ballads, atmospheric and devotional with just enough power and specificity in the words to weaken cynical romantics. Most of the remainder sounds like it went through an extended layover in Songland (a bunch seemingly chiseled into shape by committee), were urgent attempts for placement in stylistic and seasonal playlists (including two dancehall crossover tracks with Di Genius), or were peculiar ideas (fusing trap and doo wop, utilizing the same David Axelrod production sampled by Dr. Dre for "The Next Episode"). Additionally, Legend is upstaged by some of his guests. These include Gary Clark, Jr., who distinguishes the otherwise dragging ballad "Wild" with a solo that sounds like it had to come out of him -- whereas Legend plays the dutiful professional -- and Rapsody, who slides into position on the Al Green throwback "Remember Us" with some of her grade-A narrative wordplay. For Legend fans who value the quality of the material less than the sound of the man's exceptional-as-ever voice, Bigger Love will hold them over until the next release. 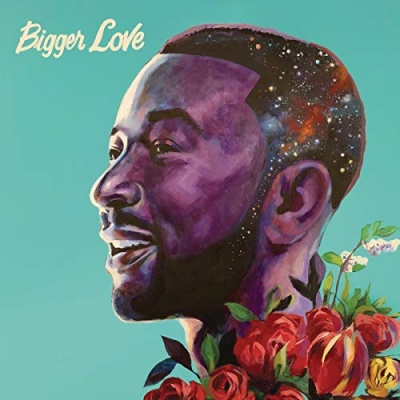