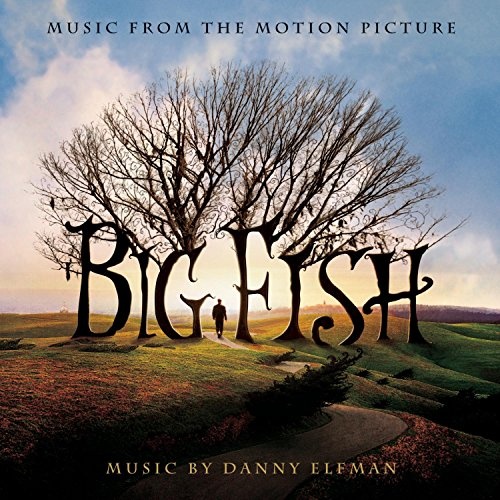 The soundtrack to Tim Burton's unusually subdued, sentimental Big Fish collects pop songs from the '30s through the '70s as well as longtime collaborator Danny Elfman's score and a new song from Pearl Jam, "Man of the Hour." Though Burton's quirky, eerie aesthetic would normally be at odds with Pearl Jam's earnestness, the two work well together here, with the song touching on the film's warmth and adding a bit of earthiness to its daydreamy nature. The rest of the soundtrack's pop songs play a bit like a miniature version of the Forrest Gump soundtrack, moving from Bing Crosby's early-'30s jazz hit "Dinah" to the '50s nostalgia of Buddy Holly's "Everyday" and Elvis Presley's "All Shook Up" to the '60s and '70s recollections of Canned Heat's "Let's Work Together" and the Allman Brothers Band's "Ramblin' Man." Like the film itself, Elfman's score is also on the relatively subdued and sentimental side -- fans of his sprightly, spooky style will only get a chance to hear that aspect of Elfman's music on "Return to Spectre" and the eerily lovely "Jenny's Theme." However, the rest of the score is by no means dull; Elfman takes the film's Southern setting to heart musically as much as Burton does visually, and the fiddles, banjos, guitars, and strings give the score an appropriately, and appealingly, down-home flavor. Surprisingly moving cues like "In the Tub" and "Finale" reaffirm just how integral this score is to the movie. Finally, Bobbi Page and Candice Rumph's "Twice the Love (Siamese Twins' Song)" adds some of the style and whimsy usually associated with Burton and Elfman's collaborations. While Big Fish is a somewhat atypical Burton/Elfman soundtrack, it's still a successful one.