When Merle Haggard & the Strangers, along with producer Lewis Talley, entered a recording studio in July of 1981 to make his debut album for Epic -- after leaving his long association with MCA -- he had no idea that just 48 hours later he and the band would leave, having recorded enough material for two albums, Big City and its follow-up, Going Where the Lonely Go. Big City is a collection of songs focused on the themes of freedom from urban life. Haggard wrote or co-wrote almost every song on the record -- except "Texas Fiddle Song," written by his then-wife, Leona William -- and the free abandon the band plays with here stands in sharp contrast to the material featured on the latter album. Big City, both the cut and the album, revisits the seemingly eternal themes in Haggard's best work -- the plight of the honest, decent working man amid the squalor, complication, and contradiction of urban life. Besides the title cut, there are bona fide Haggard classics here -- and some that aren't but should be. The obvious ones were part of his shows in his fourth decade as a bona fide country legend: "My Favorite Memory" (one of the most beautifully sung and arranged moments of his long career), "Stop the World and Let Me Off," and "Are the Good Times Really Over for Good (I Wish a Buck Was Still Silver)" (an elegiac tome that reveals with resignation and disappointment -- as well as some enlightenment -- what was spouted off anthemically in "The Fightin' Side of Me" or "Rainbow Stew" nearly 20 years earlier). For those who see Haggard as an unthinking, reactionary redneck, this song -- with its waltz time and striking metaphors -- is a prayer for a restoration not only to simplicity, but for those who make decisions to be held accountable for them: "I wish coke was still cola and a joint was a bad place to be/Back before Nixon lied to us all on TV," along with the complexities of his other side: "I wish a man could still work and still wood/I wish a girl could still cook and still would." And while most of the song is an elegy, it ends with Haggard pronouncing hope: "Stop rollin' downhill like a snowball that's headed for hell/Stand up for the flag and the Liberty Bell/Let's make a Ford and a Chevy last ten years like they should/The best of the free life is still yet to come/And the good times ain't over for good." The album closes with a Hag stunner, one of his most beautiful and jazzy love songs, "I Always Get Lucky with You." 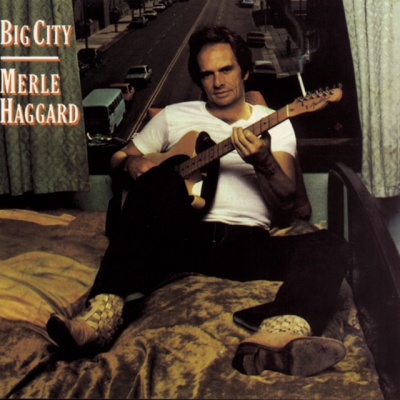