The debut, self-titled album from Big Brother & the Holding Company is an evolving paradigm, ten tracks initially issued on Mainstream Records, a label that would have success in 1968 with "Journey to the Center of the Mind" by Ted Nugent's Amboy Dukes. Unfortunately for Janis Joplin and Big Brother & the Holding Company, the respectable performances and all of the material on this disc are undercut by a weak production that sounds rushed. Recorded on December 12, 13, and 14 of 1966, it's quite telling that perhaps the best two songs from the sessions, Peter Albin's tribal-sounding "Coo Coo," and Janis Joplin's fiery "The Last Time," were only available on a 45 rpm and played as treats on FM radio "rare tape" nights. Those two songs have an intensity and drama missing from laid-back album cuts like "Easy Rider" and "Intruder." Big Brother's strength sans Janis was their ability to experiment and rely heavily on ideas to make up for their lack of musical prowess. Sad to say, there is little of that experimentation here. Even a potential science fiction Peter Albin composition, "Light Is Faster Than Sound," comes off like an audition tape instead of the hit it could have been had it the cosmic explosion of a "Journey to the Center of the Mind." The album does contain interesting studies of future classics, like Moondog's "All Is Loneliness" (the street poet eventually signing with Columbia himself), and Joplin's creative arrangement of "Down on Me," making it more of an entertaining textbook than a deep musical experience. It was the lack of product from superstar Janis Joplin which kept putting an emphasis on this release with little else available to satisfy rabid fans who couldn't get enough Janis. Columbia picked up the album and re-issued it in its original form, then reissued it again with "The Last Time" and "Coo Coo" added. 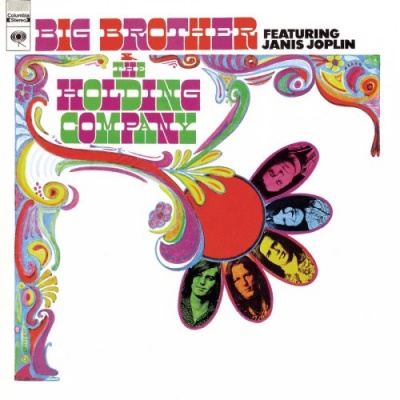