The terms "swing era" and "big-band era" are often used interchangeably, which makes sense because swing and big bands have often gone together -- often, but not always. During jazz's pre-bebop years, there were plenty of small groups that played swing. And after World War II, bop had the occasional big band. Assembled by Bluebird/RCA in 2002, Big Band: Swingin' Through the Night is primarily a compilation of big-band swing. The CD spans 1933-1954, and about 80 percent of these big bands embrace swing. The oldest track is Cab Calloway's 1933 smash "Minnie the Moocher," and the most recent is the Sauter-Finegan Orchestra's 1954 recording "The Loop." Although swing is dominant, "The Loop" and Dizzy Gillespie's 1947 recording of Tadd Dameron's "Good Bait" are perfect examples of big bands playing bop. Overall, the material is excellent -- gems by Benny Goodman ("King Porter Stomp"), Duke Ellington ("Don't Get Around Much Anymore"), and Glenn Miller ("Little Brown Jug") are swing heaven. But regrettably, a number of other things bring the disc's rating down. First, RCA doesn't list all the musicians for each track, only select players, arrangers, and soloists. Second, the sound quality isn't up to RCA's usually high standards. Songs that have sounded great on other Bluebird/RCA compilations (thanks to digital remastering) sound a lot scratchier and noisier here. And Bunny Berigan's sublime 1937 smash "I Can't Get Started" is butchered; RCA only provides about 60 percent of the performance and cuts the song off abruptly, which is ridiculous because Swingin' Through the Night only clocks in at about 45 minutes -- it isn't as though RCA did it because of space limitations. Because so many of RCA's jazz-oriented compilations have been expertly assembled, it is surprising that this CD has as many problems and flaws as it does. 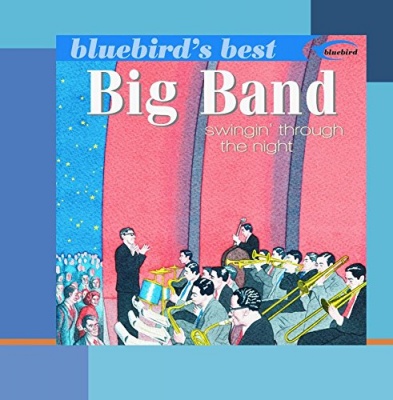