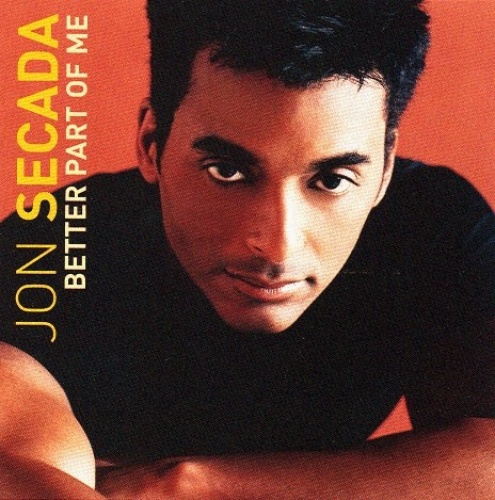 The vogue for English-sung Latin pop that swept the U.S. in 1999 may bode well for a comeback by Jon Secada who contributed to it by writing songs for the hit albums by Ricky Martin and Jennifer Lopez. But, of course, things don't always work out that way; often, it's only the newly emerged artists who benefit from such a trend. Secada broke big in 1992 with his self-titled debut album and made a successful follow-up with 1994's Heart, Soul & a Voice, but then he suffered a relative failure with 1997's Secada, at least in part because his record label, the since-shuttered SBK division of EMI, was already falling apart and failed to support it. He jumped to Epic, the label home of Gloria Estefan who gave him his start in the business, and clearly has spent a lot of time and money constructing his fourth English-language album, Better Part of Me. It's one of those massive efforts, employing nine producers in an attempt to construct ten possible singles. (There are also four Spanish-language versions and remixes at the end of the disc.) Although Secada has in the past succeeded with ballads that scaled the adult contemporary charts even when they only performed modestly on pop radio, half of Better Part of Me consists of dance songs, several of them, notably the first single and lead-off track "Stop" and "Papi," in a percussive Latin style that strongly recalls Ricky Martin and Marc Anthony's English-language hits of 1999. Though the instrumental tracks are convincing, Secada's voice is too smooth (at least when he's singing in English) to give the songs the requisite excitement. He remains more convincing on the mid-tempo rhythm ballads like "Break the Walls" and "Speak to the Wind," and he is at his best on the slow, heartbreaking love songs "There's No Sunshine Anymore" and "When You're Gone."

By its very nature, this kind of attempted blockbuster, like its counterpart in the movie business, requires an expensive, well-constructed publicity campaign to support it. It is in some ways easier to break a brand-new recording artist than it is to re-launch a faded veteran, and even if Secada has made an album that measures up to those of the Latin pop stars who broke through in 1999, his best chance for success still may be with the faithful audience that bought his ballads at the start of his career rather than in competing directly with the young Turks. By the time of the album's release, "Stop," issued as a single several weeks earlier, had not made an impression commercially. The next step seemed to be come with a ballad (perhaps "Lost Inside of You") and try to reacquaint the adult contemporary radio audience with an old friend.