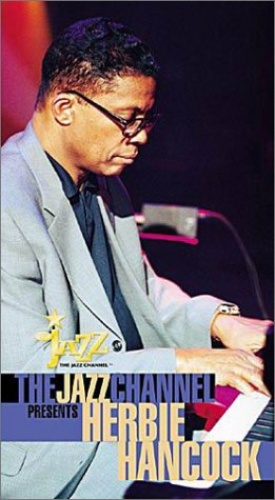 This circa 2001 concert, videotaped for broadcast on BET's The Jazz Channel features Herbie Hancock leading a sextet with trumpeter/flugehornist Eddie Henderson, saxophonist Eli Degibri, bassist Ira Coleman, drummer Terri Lynne Carrington, and percussionist Cyro Baptista. The pianist throws caution to the wind as he launches into very abstract treatments of familiar works, with Baptista starting the concert with a long solo before "Fascinating Rhythm" briefly takes shape. Similar patterns emerge in the arrangements of "St. Louis Blues," "Cotton Tail," "Blueberry Rhyme" (written by stride master James P. Johnson), "The Man I Love," and "Here Come De Honey Man." While the adventurous improvisations of Hancock and his band will be of interest to his most devoted fans, the novelty quickly wears thin, as if the musicians are playing for themselves and forgetting entirely that an audience is present, one that rarely reacts during the performances. Hancock also takes a few liberties with his own songs at the end of the concert, though he doesn't stray nearly as far from their themes. The concert is well photographed and edited with excellent sound, though the lack of liner notes and musician credits on the outside of the package is rather inconsiderate.