Before These Crowded Streets Review

The Dave Matthews Band made their reputation through touring, spending endless nights on the road improvising. Often, their records hinted at the eclecticism and adventure inherent in those improvisation, but Before These Crowded Streets is the first album to fully capture that adventurous spirit. Not coincidentally, it's their least accessible record, even if it's more of a consolidation than it is a step forward. Early Dave Matthews albums were devoted to the worldbeat fusions of Graceland and Sting, but his RCA efforts incorporated these influences into a smoother, pop-oriented style. Here, everything hangs out. Old trademarks, like jittery acoustic grooves and jazzy chords, are here, augmented by complex polyrhythms, Mideastern dirges, and on two tracks, the slashing strings of the Kronos Quartet. Some fans may find the new, darker textures a little disarming at first, but they're a logical extension of the group's work, and in many ways, this sonic daring results in the most rewarding album they've yet recorded. The Dave Matthews Band haven't completely vanquished their demons, however -- songwriting remains a problem, especially since relying on grooves, improvisation, and texture allows them to skimp on melody, and Matthews' lyrics can be awkward and embarrassing, especially if he's writing about sex. Still, these are minor flaws on an album that relies on tone and improvisation, both of which are in ample supply on Before These Crowded Streets. 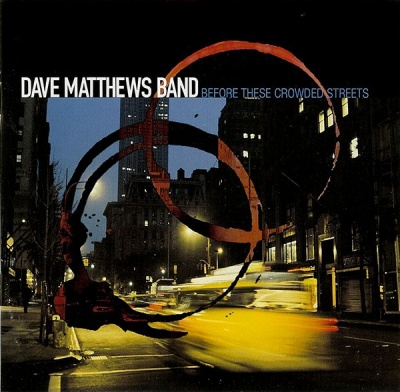 Before These Crowded Streets Album Information