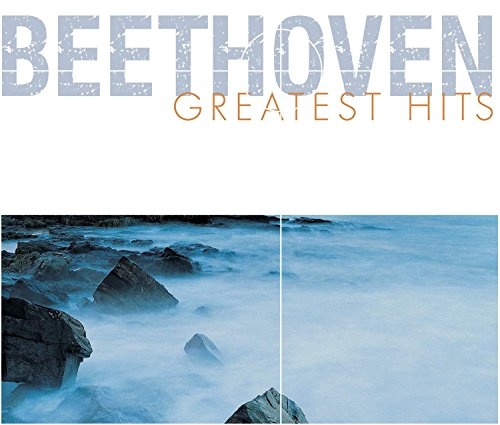 There's not a great deal of difference between Sony's 2009 compilation of Ludwig van Beethoven's greatest hits and other basic collections on other labels, for practically all include the opening movement of the Symphony No. 5; the bagatelle for piano titled "Für Elise"; the Adagio sostenuto of the Piano Sonata No. 14, "Moonlight"; and the "Ode to Joy" from the Finale of the Symphony No. 9, "Choral." Beyond these four essential classics, there is room to branch off into several less universally agreed-on favorites, though experts and lay listeners alike would accept the Rondo from the Piano Concerto No. 5, "Emperor," the Leonore Overture No. 3, and the Cavatina from the String Quartet No. 13 as worthy selections from the best of Beethoven's immense output. Sony's choices of performers have changed a little since the first Beethoven greatest-hits album appeared on Columbia, so this CD features Charles Münch and the Boston Symphony on the Symphony No. 5 instead of Leonard Bernstein and the New York Philharmonic, Rudolf Serkin on the "Moonlight" Sonata instead of Philippe Entremont, and George Szell conducting the Symphony No. 9, instead of Eugene Ormandy, so it reflects not only the label's key artists, but also some performers from RCA's roster. Because the recording dates range from 1955 to 1987, there is some variability in volume levels and clarity, though it's fair to say the sound is good enough for beginners, if not for advanced collectors or audiophiles.